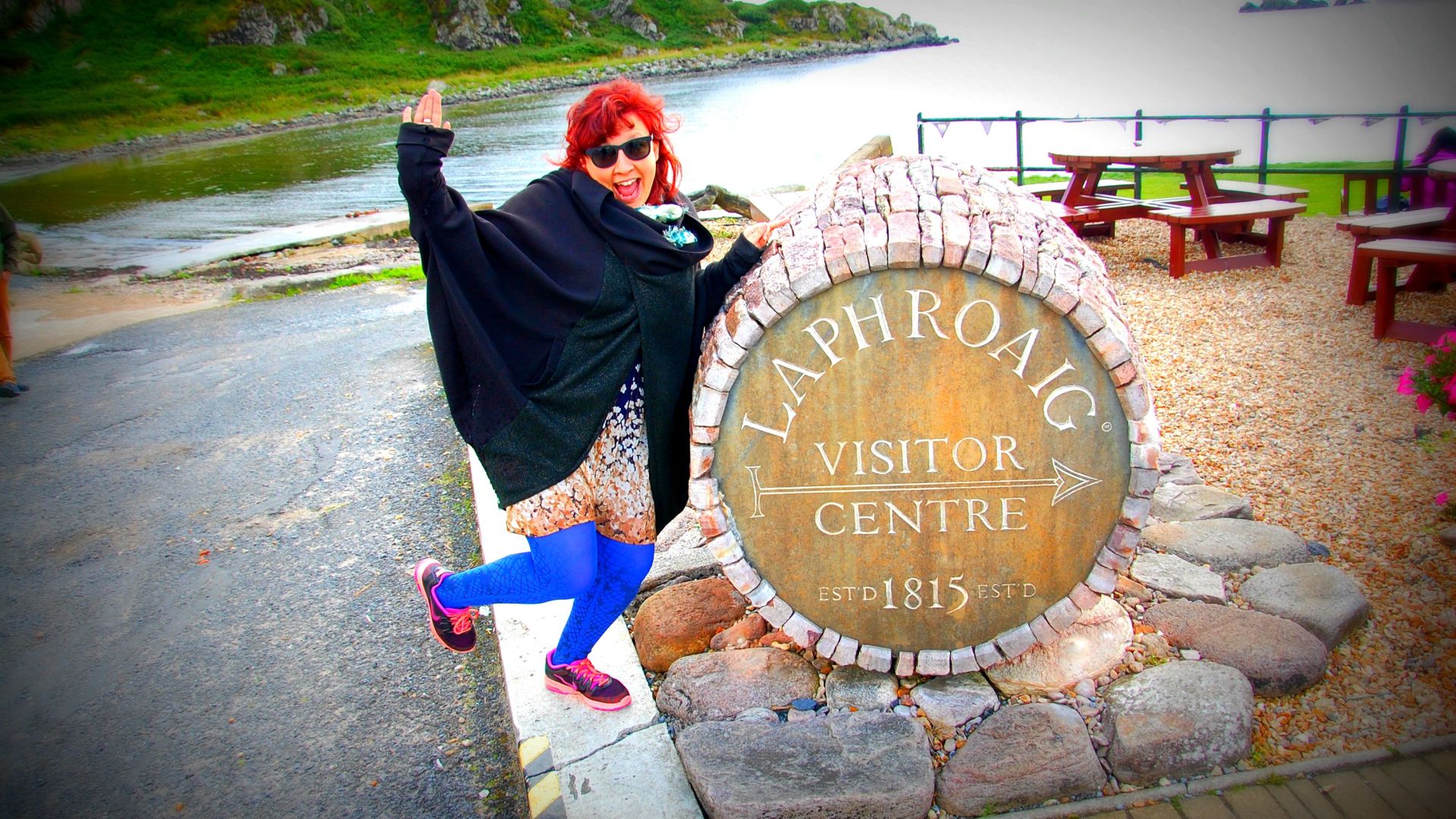 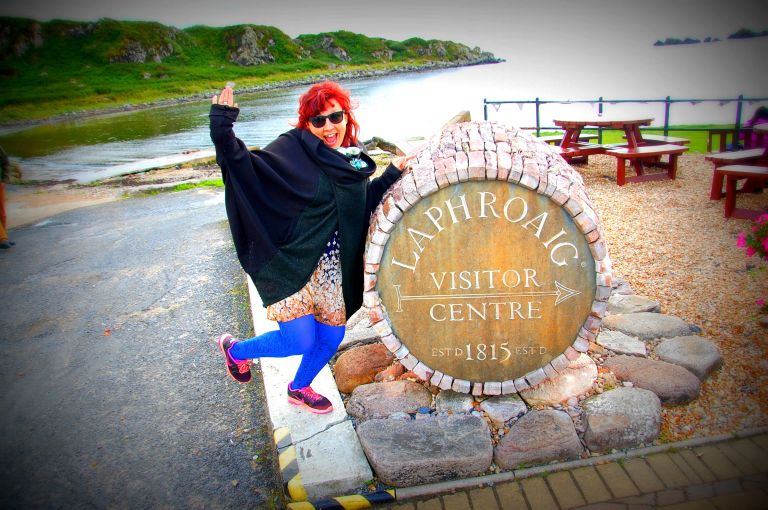 I am no whisky fan at all. Yet the Islay and the Whiskey Coast Tour we did, was the part I enjoyed the most during our trip to Scotland.The tour was organised by Rabbie’s Trail Burners. Our driver-guide Sarah was totally passionate about whisky and Scotland. I loved the way she told stories and she gave us plenty of useful information as well as a little Islay gossip as she knows the island and the people living there so well. The tour combined cultural stops, Monty Python, whisky and nature. What I also liked, was that it was adult-only. And because most people in the group – except for some long-suffering wives, as Sarah called them- shared an interest for whisky, we got along really well. 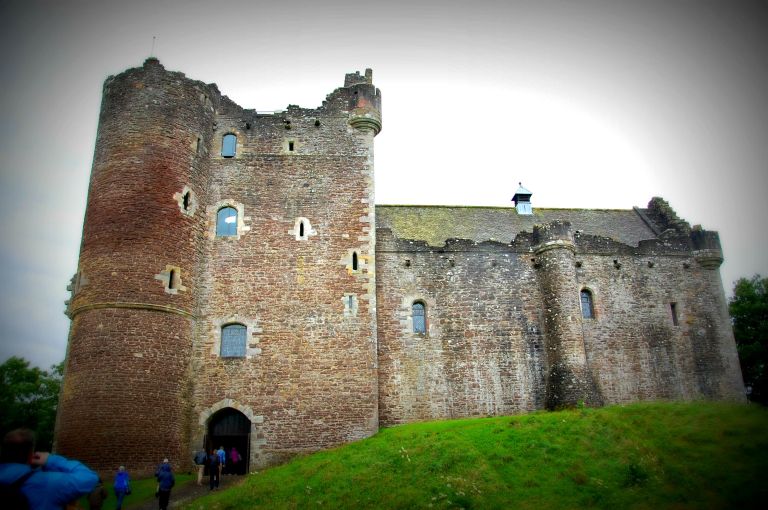 Our first stop was Doune castle. Do you recognise it? It’s where Monty Python filmed the ‘Silly knigget cow scene’ and the castle also acted as the castle of Winterfell, but only in the very first episode of Game of Thrones, Then the Irish offered discounts to go and film the Winterfell scenes over there, as Sarah explained. Apparently the same happened when Mel Gibson filmed Braveheart. The bastard got the identity of Braveheart wrong anyway (it’s not William Wallace, but Robert the Bruce). Silly silly knigget.

It wasn’t the only Monty Python moment that day. Sarah also did a stop at St Conan’s Kirk, on the banks of Loch Awe. I think I have never seen such a strange church before!  It seems a fairly simple church from the front, but the back is really quirky with killer rabbit gargoyles and a stunning view on the lake. It was Walter Douglas Campbell who built this church because his mother thought the local church was too far.

The church looks medieval, but was built in the early 1900’s. Mister Campbell was a trendsetter of the mix and match concept. A papal grave, glass stained windows, a really weird cross … He was an architect, a skilled wood carver and a collector of objets d’art which had this pretty church as a result. 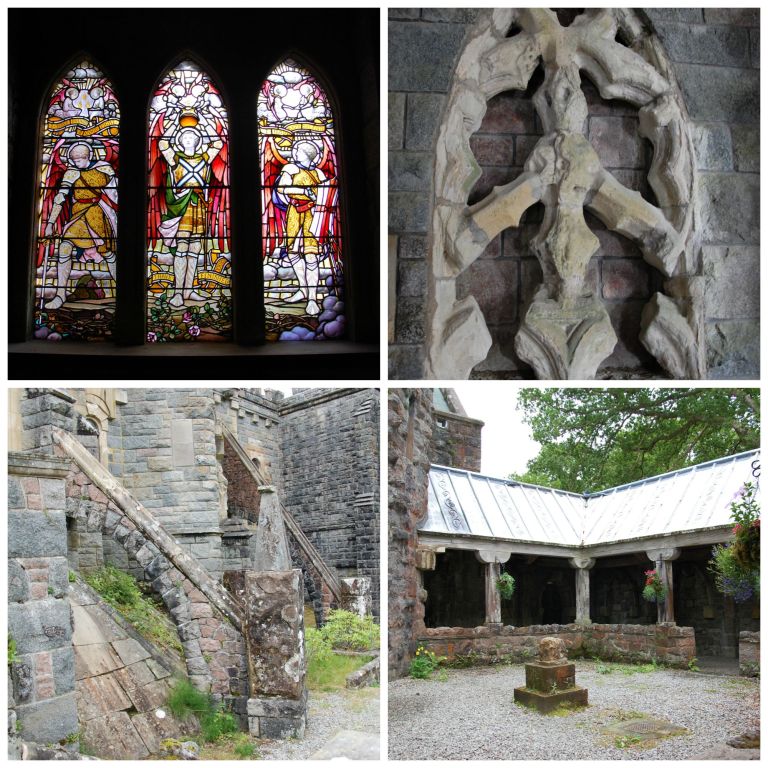 We had lunch in Oban. I loved this town because it looked a bit funny and regret not being able to spend more time exploring. Most people had their first dram of the trip there. 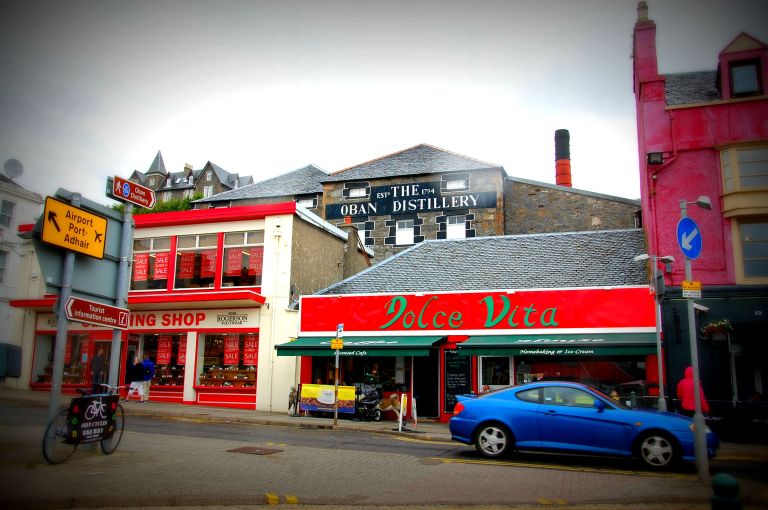 The standing stones in Kilmartin are Bronze Age and Neolithic remains

Islay is a really beautiful island. We went to some beaches, saw Sarah’s dream house and enjoyed the weather. We had some rain, but “that’s whisky waiting to be made”, according to Sarah. We only had three days of rain when we were in Scotland, but everybody was apologising for this really bad summer. Hey, it’s Scotland, no one expects blazing hot weather … 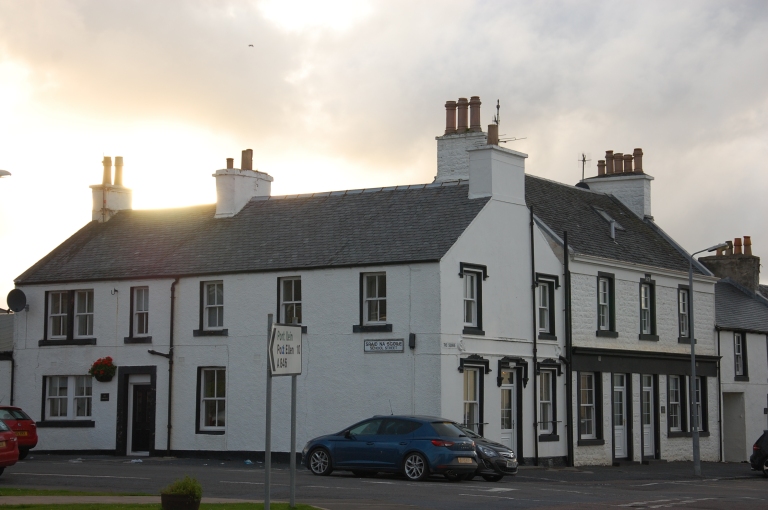 We stayed in a cottage next to the Bowmore distillery. A spacious room with a great bed and the bathroom had a great shower. We shared a cottage with two Dutch and two Canadian guys. Plenty of conversations about whisky beer, travelling, the USA, the educational system, North Korea …  It was great fun. 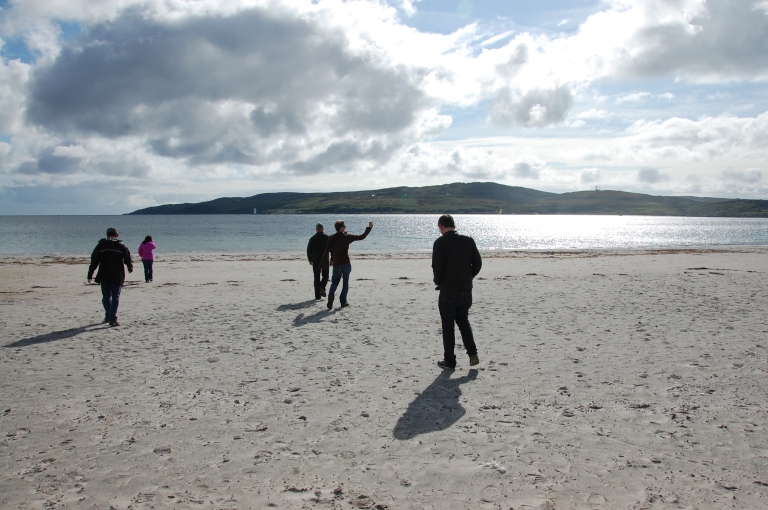 We did four tours and had six tastings.The distillery tour which offered best value for money was the one in Ardbeg. I just loved how our guide Dougie told his childhood memories:
the village queuing up for a dram because the brew master wanted them to try out the new whisky. Ardbeg was also the only one that nailed it marketingwise imho. Whisky is fairly expensive at Islay due to taxes. Bottles are often 15 pounds cheaper on the internet. Ardbeg had a few bottles you can only buy at the distillery. The result? Most people of our tour bought a bottle there.

My favourite distillery however was Bruichladdich, just because they make gin as well. So instead of trying whisky, I got a really nice gin tonic, a brilliant combination for a long-suffering wife such as myself. Even though I had had The Botanist in our local gin bar before, it was very welcome.

Laphroaig and Bowmore were on their silent season. No nasty smelling malt for this suffering wife, hurray. But their tours were very interesting as well. In Laphroaig we could even enter the smoking room. The Kilchoman Tour was very interesting too as they do everything themselves. 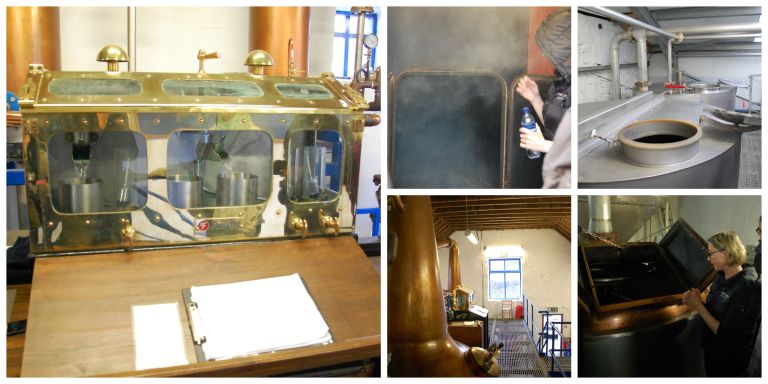 I loved the church at Kildalton. In the grave above they found remains of someone who might have died by the Viking ritual ‘Blood eagle’ 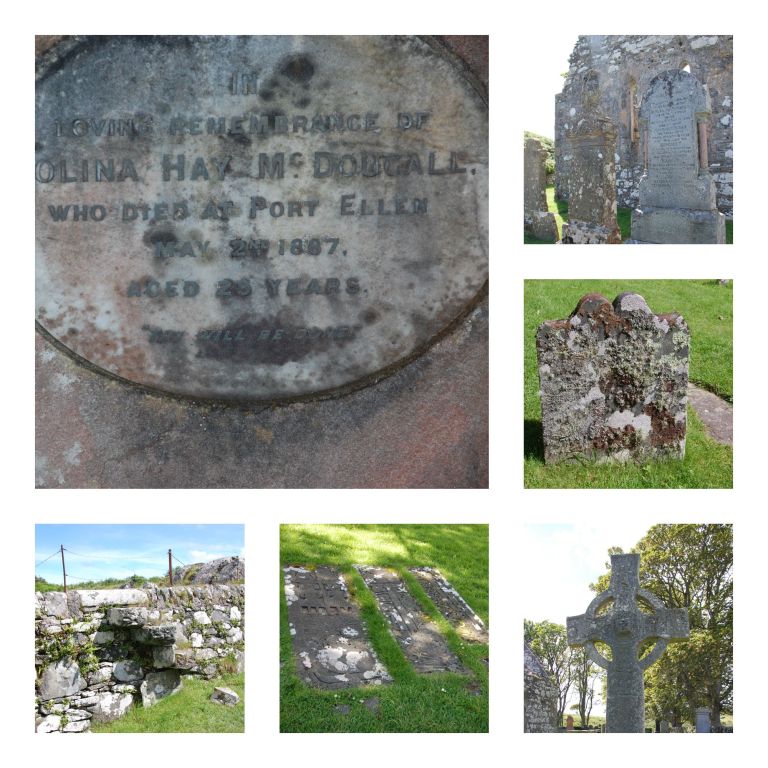 On the way back we stopped at Inveraray, Loch Lomond and at Edinburgh bridge, which I loved!