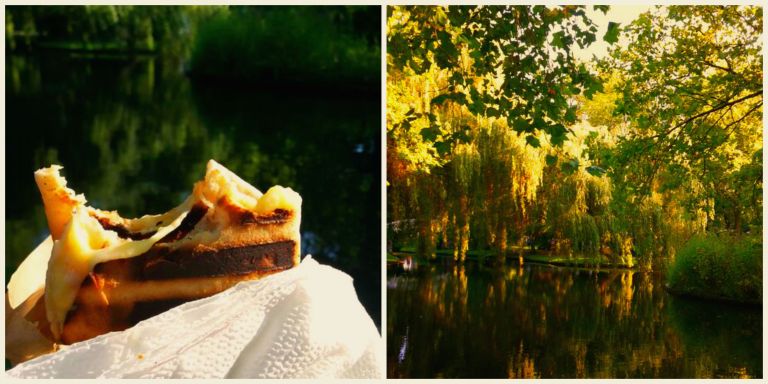 I love foodtrucks and foodtruck festivals. I can’t eat a lot, so I like the fact that I get to try different things. The very first foodtruck festival I went to was the one on Lonsdale Quay in Vancouver. The Belgian ones are a bit more traditional in their selection. Vancouver offered Polish, Australian, Libanese, Carribean … cuisine. Here in Belgium, apart from insects, Indian and Vietnamese dishes are probably among the most exotic you can find. 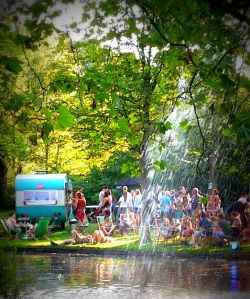 Foodtruck festivals are popping up everywhere thesedays. Barrio Cantina organises a lot of foodtruck festivals in Flanders. We went to the Antwerp one, where I had some great spring rolls (from the Vietnamese restaurant Lucy Chang), spare ribs and a pepper quesadilla as well as a pancake for dessert. Other things you could try: Indian barbecue, insects, Argentinian sausages (delicious, my husband had them) … Keep an eye on the Barrio Cantina website for the next editions.

Even my hometown Lier has a foodtruck festival now: Kafé Kasserol. And I must say: locationwise it’s my favourite. It’s in the local park, so there isn’t that much space for a lot of foodtrucks, but the view when you’re eating is simply stunning. 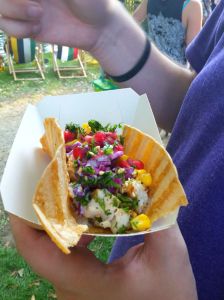 We tried different things. I had a quesadilla and a waffle with chocolate which was really good. The tea cocktail I bought (hibiscis, black berries …) was very refreshing.

Kristof had a merguez sandwich, papadums with meat and a chicken taco. He liked it, but for him the portions are way too small. And I must say, sometimes you pay a lot for the portion you get. In Vancouver you got a lot more. 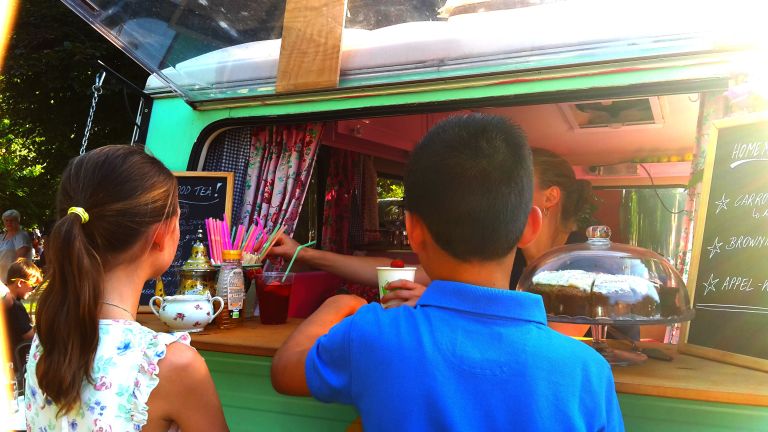