My friend Rein and I sometimes do lunch city trips in Brussels to break away from our busy jobs. That’s how I discovered the Egmont Palace. I often walked past the park in front of the palace, but never went in.

We went to a temporary street art exhibition at the palace, with some of the street art inside the building, which was a very original trigger to get people discover the palace.

The palace from the outside

Who was this Egmont? 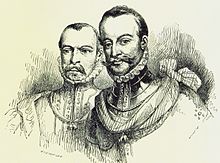 Count Lamoral of Egmont was a military commander, a diplomat, a signatory of the Compromis des Nobles. He and Count Hoorne were decapitated by the Spanish duke of Alba because they protested against bishop Antoine Perrenot Granvelle who introduced the inquisition in our region.

One of their fellow protestors, Willem of Orange, fled to the Netherlands after the Iconoclast Fury in 1566, but they didn’t. Filips II’s took revenge by decapitating 18 noblemen among whom Egmont and Hoorne.

It was this Egmont’s mum Françoise who ordered the construction of the building. Nothing remains from the original building, which was torn down in 1892.

It was Leopold, Duke of Arenberg, relative from the Egmonts, who bought the palace in 1752. This was a good thing for the property as the Arenberg family did some necessary improvements. They tore down some old parts and built the current entrance.

The Belgian state bought the palace from the city of Brussels in 1964. It’s a conference centre now and some of its wings are home to the administrative services of the Protocol Division of Belgian Foreign Affairs.

You can read the full history on the website of the Egmont Conference Centre.

The street art will be gone by now, but here are some pictures.